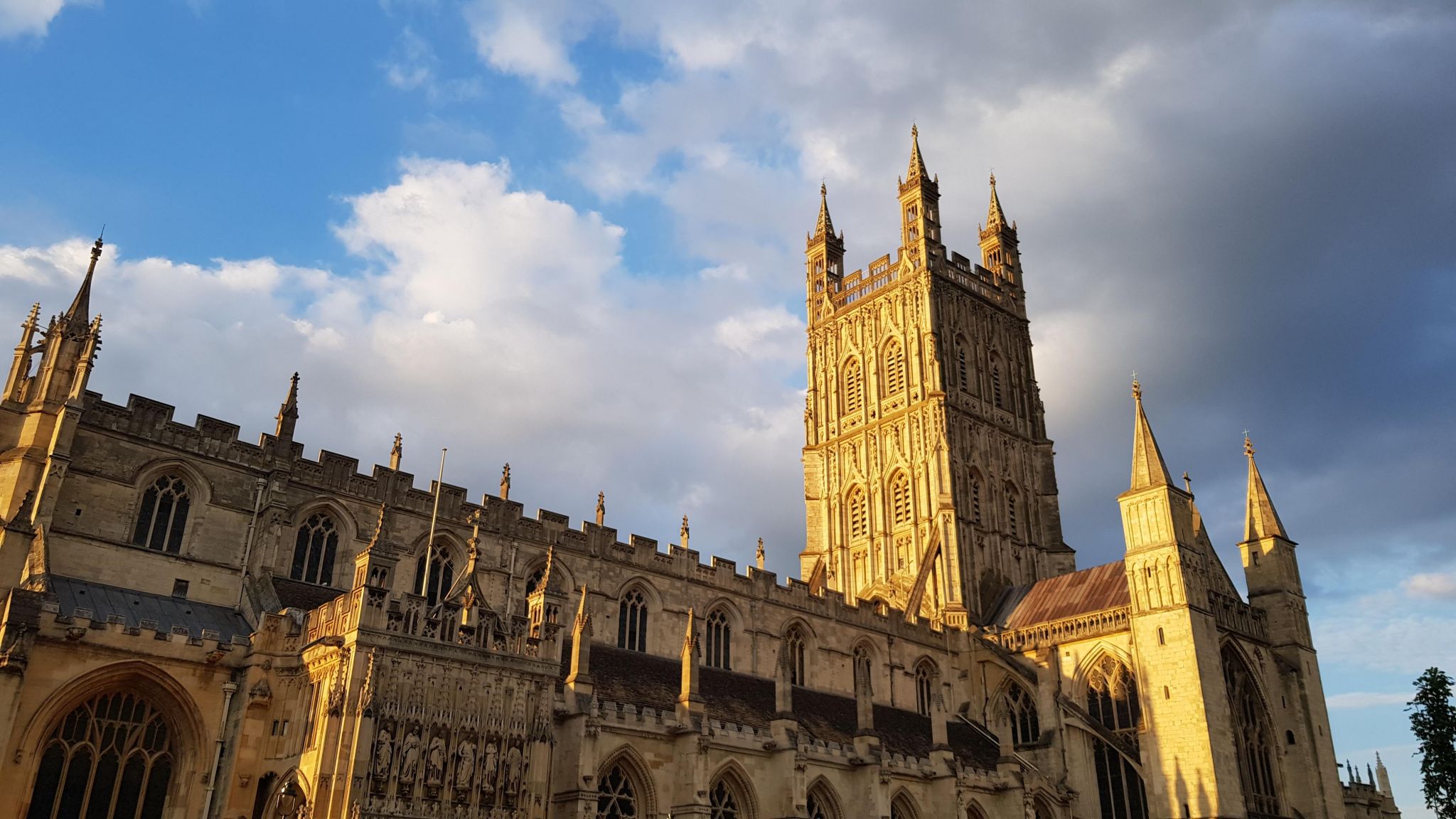 I have lived in Gloucestershire for the last 2 years and I have visited Gloucester Cathedral multiple times (by myself, with my friends who visit from elsewhere and with friends from Gloucester). This was started by my ex-boyfriend Rob as he went to the adjoining school and knows a lot about the place, but continued because it is a gorgeous building, has a lot of history to it PLUS they filmed some of the Harry Potter films there.

As I am a massive Harry Potter fan Gloucester Cathedral has that extra appeal and it’s great walking around and seeing the scenes from the films start playing in my mind. They nearly used more of the surrounding area too but several possibilities were done in the studios instead for example Snape’s classroom and Diagon Alley.

The Cathedral has a lot of historical significance as well though, I may do a separate post on that side of things as there is a LOT, but this post will focus on the fandom side of things. I do however recommend you go and explore the building yourself because it is STUNNING.

Also, disclaimer, when taking these photos my hands were super shaky for some reason so they don’t line up as much as I would have liked but you will hopefully be able to see the locations clearly enough 🙂

‘Diagon Alley’- you can probably see why this location was thought of (if you can look past the scaffolding…). It’s one of the walkways towards the Cathedral and there is also a cute little Beatrix Potter shop at the end.

Harry Potter and the Chamber of Secrets: Writing on the wall

Harry Potter and the Half Blood Prince: Harry and Ron free period

Harry Potter and the Half Blood Prince: Snape and Draco confrontation

Knowing that these scenes and scenes in other nerdy franchises (such a Dr Who) were filmed in my local area makes my inner nerd very happy. Having this much history, culture and nerd fuel on my doorstep is fab.

What do you think of the Cathedral? Do you remember these scenes in HP? Did you know they were filmed here? Let me know in the comments.