Shows to see at Edinburgh Fringe 2018 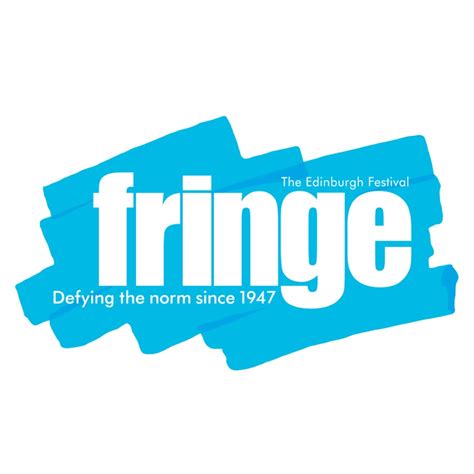 With so many venues, and countless shows to go and see at the fringe festivals I thought this would be a great opportunity to make a must see list, this will be bias as several of my friends are performing so I will obviously be helping to plug their shows (because they are awesome actors/ directors/producers/ all-round amazing people and they deserve to be supported with sold out shows).

Firstly though, from a directors point of view, if you want to take a show up to Edinburgh Fringe we have Harry, an amazing director from Aberystwyth who I have had the pleasure of working with on multiple occasions and who has taken shows to Edinburgh fringe the last few years and has had great successes.

The Edinburgh Festival Fringe is something every actor and theatre company MUST do at sometime in their life. Louche Theatre have been seven or eight times, and it’s great! BUT expensive. A fairly good venue will set you back approx. £2,500 a week. That’s not one of the top ones by the way, but something fairly central and has good facilities. You CAN find cheaper but they will be ‘out of the centre’ and perhaps ‘iffy’ in other ways. That’s for one hour, for six days.. Don’t take a show that runs for more than an hour – Fringe audiences want to skip from one show to another, and don’t want to be stuck in the same place for more than an hour – PLUS again, the longer you book the more expensive it becomes of course.
Good play, small cast, say 3 or 4 characters, very simple set – you only have 5 minutes ‘get in’ and 5 minutes ‘get out’, but if you’ve rehearsed that with the production, it’s not a problem.
Keep it SIMPLE is the byword. It’s tiring, exciting, rewarding, great fun – and so exhilarating you wouldn’t believe.
Start saving your money for next year NOW.

Now onto the shows themselves:

The National Theatre of Scotland

This year NTS is putting on a musical about an AmDram society who, in seeking to win the Scottish Amateur Dramatic Association’s One-Act Festival, decide to produce a stage adaptation of the Christie Brown’s autobiographical My Left Foot, made famous by a film starring Daniel Day Lewis. Problems begin when the society realise they don’t actually know any disabled actors, but that never stopped DDL!! Be prepared for lots of silliness.

Website for more info plus your link to buy tickets.

Look out for Matthew playing Chris.

Orwell That Ends Well: The Musical is a brand new comedy musical combining ‘1984’ and ‘Animal Farm’ with contemporary satire, farcical humour, and arguably too many ABBA references, featuring original music. The show will be at 11am at Just the Tonic @ La Belle Angel from Tuesday 14th to Sunday 26th August, excluding Monday 20th, and is £5 to book in advance or pay what you want on the day.

More info can be found on their Facebook page and tickets can be ordered from https://tickets.edfringe.com/whats-on/orwell-that-ends-well-the-musical

This is the company I studied with and they have created some brilliant pieces every time I have had the pleasure to watch them. As I no longer study with them I am unsure of what this years pieces are specifically about but the way acting is taught at the company the pieces are usually ensemble based, light hearted and poignant (don’t know how but they always manage to create both atmospheres within their art), sometimes with a political message or leaving you questioning something.
As the company are based in London there are a lot more shows in August at their Theatre Company as part of the Camden Fringe as well as their own performance seasons.
Check out the link to see which shows you fancy going to see 🙂

The Space on the Mile – Space 3

Malvern Theatre’s Young Company will be performing Antigone, using Don Taylor’s translation, originally commissioned by the BBC, in the Malvern Festival Theatre before moving onto Edinburgh Fringe. Antigone demonstrates the clash and interweaving of human passions and failings, their production of Sophocles’s deeply poetic tragedy promises to bring into focus the timeless conflict between the needs of the individual and those of the state. Directed by Nic Lloyd.
The company itself was established in 2012 and gives 16-25year-olds the opportunity to perform in a professional environment. Antigone will be the ninth production following successful productions of The Crucible and Guys & Dolls in 2017.
Malvern Tickets (8th-10th August)
Edinburgh Tickets (13th-19th August)and for more info about the company and how to take part check out their website.
Look out for Alex playing Tiresias

Co-produced by one of my university friends, it follows two people navigating London, life, work and love. City Love focuses on young city workers and how expectations today of what is considered to be a “real man” or a “successful woman” can devastate lives and destroy relationships.

For the full Edinburgh Fringe guide, here’s the link. There are literally thousands of shows being put on throughout the fringe, but don’t worry you can search the guide by performer, genre, dates, venues, special pricing and accessibility.

If you are going to any of the fringe festivals this year have an absolutely amazing time and feel free to tell me all about it ^_^
Until next time, TTFN.
What shows are you intrigued by? Are you going to either fringe this year? What other shows do you feel are a must see? Let me know in the comments.
As usual feel free to like, comment, share, subscribe, follow my other social medias and message me if you want to collaborate.