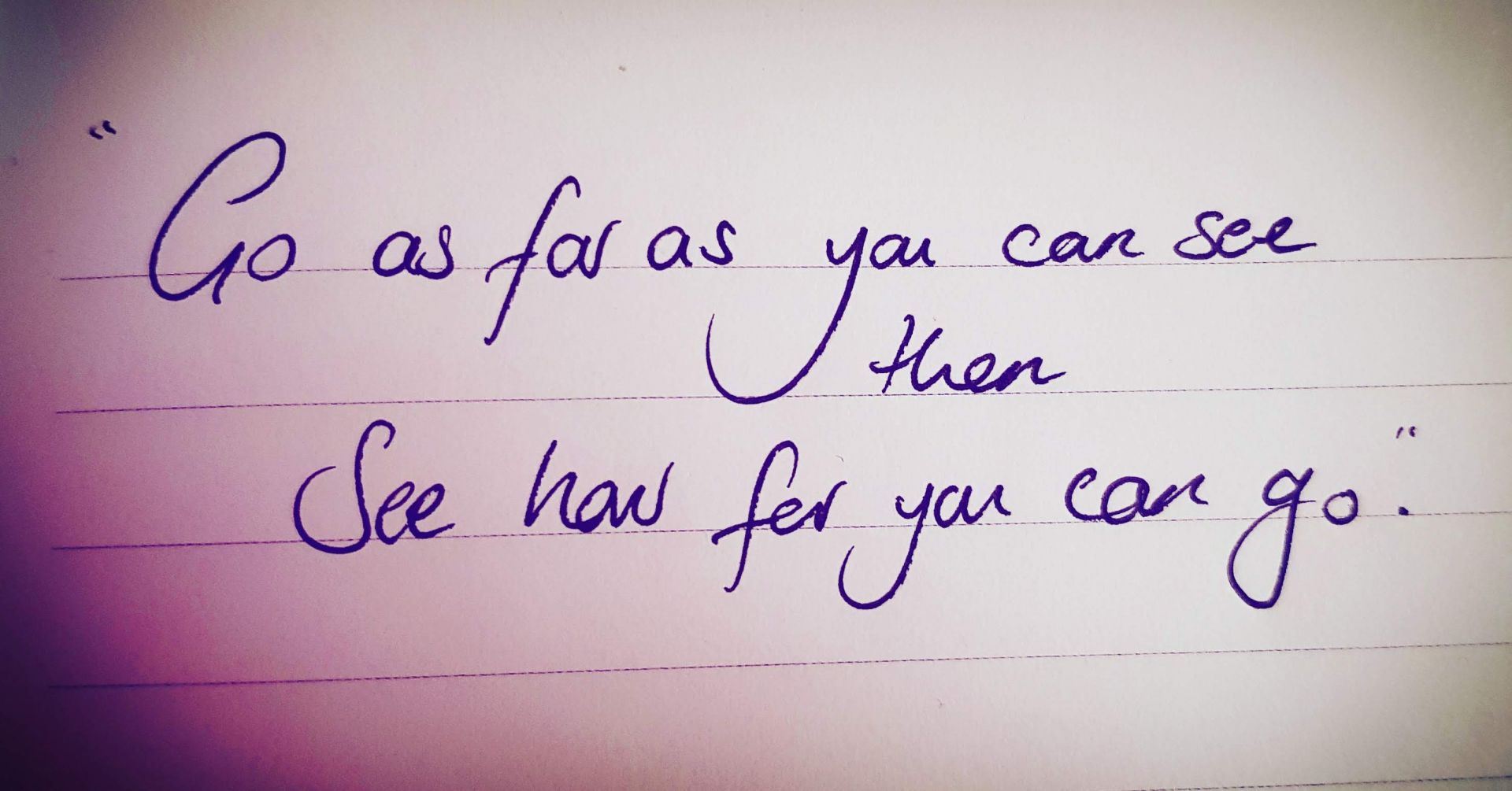 2019 is over so another year review is called for so I can have what I’ve been up to written down to look back on in years to come, I also know I don’t manage to catch up with a lot of friends or family very often so it’s partly for them as well, but mainly I just like taking the opportunity to look back and see that I’ve been doing, especially the positive things as my mind is often filled to the brim with the bad things that have happened. I released a blog previously which covers January – June, so this post will just be covering the 2nd half of the year.

The first full week in my new home, lovely house share with two amazing people, getting used to being single and then having my ex come round every week because I was too blind to see that was not in the least way helpful to me…

I had a girlie shopping day with two of my Gloucester mates Kat and Summer and went to see the musical American Idiot in the evening which I really en joyed.

I had my monthly Partylite meeting followed by a BBQ at Scott and Emma’s and the first play of the Disney boardgame Villainous.

Louise’s leaving drinks in spoons with the Ageas lot, lots of drinking and dancing but an early night for me, Louise and her partner.

Went to see the new Lion King in the cinema. I really liked some of the characters but a few I things I was disappointed by. Also went to see Hobbs and Shaw which I really enjoyed, particularly love their version of physics.

Went to Liverpool for a weekend at my friend Antony’s sisters house to help house/dog sit while they were on holiday. We spent most of the time chatting, watching Netflix, playing on the PS4, eating snacks and pampering ourselves.

Gloucester food festival, went once with Scott and Emma as that’s what Scott wanted to do on his bday, then went again this time with Rob and bought lots of local food and drink.

Spent a couple of evenings playing squash with Rob (the ex), great way to keep fit, probably should have found a better gym buddy though… hindsight is a wonderful thing.

Went home for the bank holiday weekend, saw lots of the family, went swimming with some of them and got lots of baby cuddles from my cousins two newest little ones who I met for the first time on this visit home. Spent a day chilling by the river with my parents too, took a little picnic, had a nice walk, dipped our feet into the water (was going to go in but was far too cold and I was definitely not brave enough) and just relaxed.

A month or so after moving I finally got around to having a house warming, really fun night with music, games, laughter, drinking, eating and then the drama at the end that kind of ruined the whole night but hey, nothing is perfect right?

Another visit home, this time just for the day and enjoyed a Sunday roast at a local pub, Robin Hood.

I had some further training at work and became travel insurance trained to add to my home and car insurance skills.

I started and finished an events planner diploma online.

Went to the Warner Bros studio tour in London (again), this time as a belated birthday day out for Summer. So much had changed since I was last there, I have found that something has been different or added each time but this was the biggest change. Gringotts was INCREDIBLE!!!! Sadly the day was tainted though as I had been fed copious amounts of gin the night before and was a little on the sensitive side (thats a lie, I was massively hungover, sorry summer)

I got fired from my job so had to give notice on my house share as wasn’t sure if I would find a new job soon enough. Luckily they managed to find a new housemate with 24 hours – the house is lush and it’s a really good price so I’m not surprised at all tbh.

Went to Busfest with my friend Bonnie and some of her family, such a fun weekend and a great distraction from losing my job and having to uproot my life all over again.

Moved back home to Monmouth into one of my Granny’s spare rooms, still have my store room in Gloucester and just brought the things I would need with me for now.

I started a job as a part time sales assistant for a local jewellery store. The staff are amazing and it is so interesting learning about it all.

As I had moved back home I decided to rejoin my old musical theatre group and started rehearsals for Carousel which we will be performing in March 2020. Sadly I didn’t get a main role but still having lots of fun in rehearsals being back with some of the members and getting to know the newer members.

I went to an awesome Halloween themed baby shower and got to dabble at balloon arches and some decorating in prep for setting up my own events business which is always good prep and good fun.

Major highlight of the month was my weekend with my friend Beth, got to see their fully furnished house, very different from the garden furniture in the living room that it was on my previous visit but loved both and so happy they are in such a gorgeous house and it’s all theirs- amazing! We spent the day in London going to an American diner for brunch (and to line our stomachs), then went to two different places (which I call Harry Potter themed but are not officially anything to do with the franchise), the first called The Cauldron where we had a potions class where we made our own cocktails wearing our capes, using our wand and seeing lots of magic, then went to The Blind Phoenix which was a secret bar that did incredible themed cocktails and drinks. Afterwards we went into Oxford Street Primark and Forbidden Planet to get some Harry Potter merch (I am now the proud owner of a Newt Scamander scarf) then went for dinner at Five Guys which I had never been into before and it was AMAZING, so tasty! A very boozy/foodie day and lots of fun, massive thanks to Beth’s parents for getting her tickets to The Cauldron for her bday, and for Beth for picking me to go with her ^_^

After passing my driving test in January I finally became a car owner at the end of October thank you to my friend Jane, she was extremely kind and let me by her car for FAR lower than it was worth and I am so extremely grateful to her for it. Loving driving and the freedom it has given me.

Got the car on the Thursday and that weekend I drove to Coventry- scary but so happy I did it! A few of my University musical theatre group (Curtain Call) alumni and I had a concert to do, we had 10 hours to rehearse then had to put on a show to raise money and awareness for BDFA – Batten Disease Family Association- we raised £2,500 altogether and had a lot of fun being able to perform together again in the process.

The second weekend I had the car I drove to London to meet up with a boy (scandalous). Chiswick to be exact so not quite as complicated but still a daunting task. The weekend was definitely worth the drive though, watched ‘The Proposal’, ‘Gavin and Stacey’, ordered Papa Johns and just relaxed, was lovely.

Had a few girly days with Mhairi and Lola, two of my friends from secondary school who had lost contact but we reconnected over the last few months so when I moved back to Monmouth I have seen a lot more of them again which has been really nice. We’ve had shopping trips, lunch dates, film nights and lots of catch ups. Not sure what I would have done without them recently in all honesty- thank you.

I started a second part time job as a Learning Disability Support worker for a Gwent based charity, I have now (from Jan 6th 2020) started the role full time and sadly have had to leave the jewellers. I love this new job, the staff are fab and I love the fact I’m able to help so many people through what I do now.

Firework and bonfire display at the Monmouth Rowing Club with my mum and little brother Jac.

Went to watch some of my friends in their production of Ghost Train with my friend Nick- was so good, loved it!

At the end of the month I started watching my annual xmas films, started a little earlier this year as I knew I wouldn’t have time to fit them in otherwise.

2nd December is my Mums bday, we had an afternoon tea with a few of us and a delicious cake and lots of messing about and gave mum her gifts.

Went to my monthly Partylite meeting, this time I saw a spring catalogue sneak peak, was so excited to get back into it all again.

Once my mum’s bday had been and gone I was free to get extra Christmassy so I decorated my room, decorated my Granny’s Christmas tree, put the santa hat chair covers out, found my crackers and napkins for the table and got my tree set up and made it pretty.

I went to the Christingle at my local church with my Granny, mum and step dad after making the christingles the night before.

We all took part in Christmas jumper day at work and donated our £2 each. Had a lovely Xmas meal all together the following weekend, we went to a local Mexican restaurant in town which always does delicious food.

I had an early xmas day with Mhairi and Lola. Lola and I drove to Mhairi’s house for food, watched The Grinch, had hot chocolates with lots of cream and marshmallows, exchanged presents and gave the puppy Mhairi was dogsitting lots of attention.

Other than working not much else really happened in December other than my xmas and new year shenanigans and I wrote about them in another post. . .

While writing this post I realised that I failed to take as many photos as I usually do (whoops) so initially this post will be just writing then when I find photos I will add them in… apologies.

What happened to you this year? Any miles stones, big changes or big plans being made for the future? How was your holiday celebrations? Let me know in the comments.