Love is love is love ~ Gloucester Pride, LGBTQ+ and the back lash received 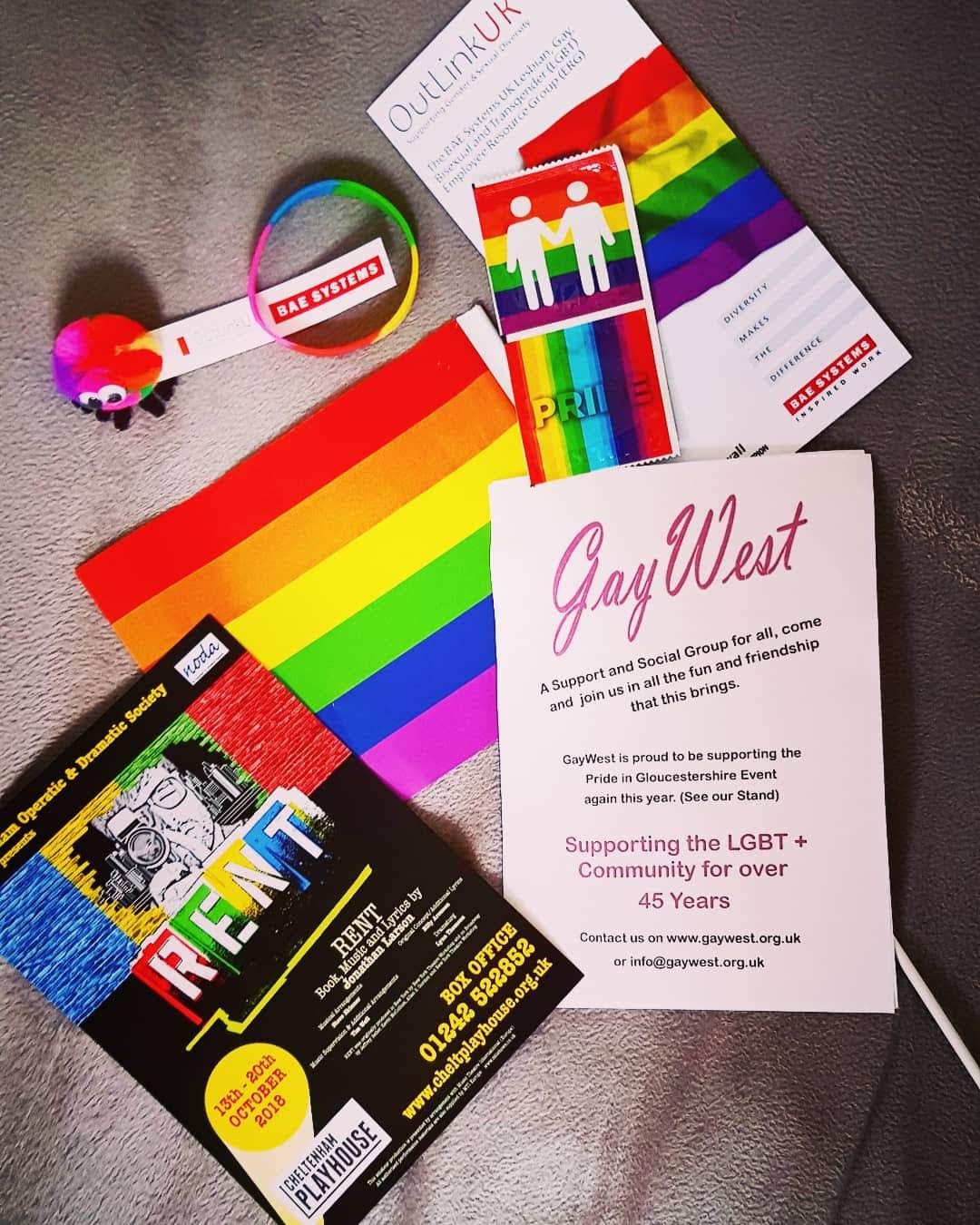 In todays culture on the surface it looks like the LGBTQ+ society have a lot more acceptance but if we scratch the surface is that really true?

For those who don’t know LGBTQ+ stands for lesbian, gay, bisexual, trans (gender/sexual)/two spirit, queer/questioning and others- some of which include:

Yes there have been positive steps towards acceptance, the fact that shows like Queer Eye, Orange is the New Black and Sense8 are ‘allowed’ to be aired now is amazing, and seeing how popular they are is fab! If you read my earlier post on it you will know how much I loved the Sense8 series, the topics covered and diversity of the whole thing was awesome and there really was something for everyone on there; love, conspiracy, sex, violence, murder, fights, straight couples, gay couples, trans community, different cultures and various countries… go watch it, you’ll see.

The Fab 5 from Queer Eye are an incredible team and if you haven’t watched the show yet I recommend you do- you can watch it on Netflix- they are all incredible individuals and everything they do to help the people on each show is so inspiring. So much love, hope, acceptance, emotion, advice, laughs and so many epic transformations! I love the Fab5 and how pure they are, I now follow all of them on Instagram and was so proud when they won their 3 Emmys- Can you believe?

Both Queer Eye and OitnB are both very popular programmes which shows that there are some other people like me who don’t discriminate and boycott shows/products/brands just because there is some mention, focus on or acceptance of the LGBTQ+ community- it’s great to know there is a large community of open minded individuals because the backlash I’ve seen on social media even in the last couple of months towards the LGBTQ+ community is disgusting!

There does seem to be more support for the celebrities, sports personalities and others within the spotlight who have come out, been open about their sexuality and those who have spoken about their mental struggles seemed to have been met with more support in recent years than they would have been before, so there is definitely a more accepting culture forming in a lot of places but there is still a long way to go (a song from Hairspray the musical comes to mind…).

I remember watching Stephen Fry’s documentary about living as a homosexual when he filmed it a few years ago, he included a section in Russia but I’m not convinced that there has been much change since that. There is news of hate crimes across the globe all the time, there is also huge backlash online, two examples I have seen recently are the comments on the Campbells advert which features a gay couple and the comments on Instagram where a guy did some FIERCE eye make up (he needs to teach me his ways!), the brand shared his photo on their site and the comments in response were disgusting!! Both have gone viral so you may have seen them but I will try to find them again for those of you who haven’t.

We even see things happening within the LGBTQ+ community which I have found disturbing, the group of lesbians lying in front of a Pride parade in protest to transwomen- why!?! When I went to pride the other day someone was bullying a young transboy calling him a girl- why!?! We should be supporting each other not putting up even more barriers.

You don’t have to ‘get’ it, you don’t even have to know the whole list, what each refers to and its corresponding flag, you just have to accept that people don’t have to be the same as you to be able and allowed to be openly themselves, to be accepted within society. Although in some countries homosexuality and trans etc are considered immoral, in some places still illegal (76 countries to be exact) and in the worst cases punishable by death- this should not be the case and needs to be fought. Although deemed legal across Europe there are a few places who have anti-gay propaganda laws in place which prohibits positive messages of homosexuality “in the presence of minors” which also includes online, so although we have come a long way in the last few decades, there is still a long way to go even just within our western culture.

The LGBTQ+ society members who are openly themselves are such brave people because the amount of hate in this world towards anyone who is different is appalling, I cannot imagine the inner turmoil that anyone who is considered different must face nowadays, without all the other crap that is then thrown at them by other people and the outside world. Sometimes people are lucky and find groups of people to support them, they are accepted by friends, family and their community but what about the people who don’t get that treatment? What about those who are disowned, shunned, ridiculed? Who is there to help them? The answer is: we all should be!

I cannot even pretend as if I know the struggles that are faced on a daily basis by any of the LGBTQ+ community but I understand that acceptance is definitely needed! It is 2018 for goodness sake and there is still so much hatred around us and it is NOT necessary and it is definitely not ok! No matter how many Pride celebrations there are, it is still glaringly obvious it is a community that is still not entirely accepted.

To the more close minded sceptics this post may sound like the typical words of the so called ‘snowflake’ but it is not, this is about equality and acceptance, this is not about putting everyone in bubbles so that nothing bad ever happens to anyone, that is physically impossible (especially with the amount of triggers that can set people off), even if there are no rejections and nothing bad happens in the outside world, people’s inner bubbles can hurl all sorts of negative, hurtful and extremely dangerous thoughts at us. What I am trying to say is that we are all human, no matter our race, religion, creed, wealth, background, environment, family, education, sexuality, gender etc etc etc.

We should all be judged by the same things, we should all receive the same punishments to fit our crimes, if we cross paths with law enforcement and are innocent the colour of our skin should not make a difference to how we are treated.

We are in serious need of change, and as Mahatma Gandhi said, we should “be the change you want to see in the world”

[Or in actual fact what he said was much more profound:

“We but mirror the world. All tendencies present in the outer world are to be found in the world of our body. If we could change ourselves, the tendencies in the world would also change. As a man changes his own nature, so does the attitude of the world change towards him. This is the divine mystery supreme, a wonderful thing it is and the source of our happiness, we need not wait to see what others do.”

(granted the actual version is a bit of a mouthful but they are wise words to live by).]

Anyway, that’s my rant over, we should all be working together to improve the future for our future generations, not only with acceptance and how we treat each other but with how we treat the Earth but maybe I should do a separate post about that…

What are your thoughts on the LGBTQ+ community? How do you think we can open the minds of others? How much do you know/understand at the moment? What more do you want/need to learn/accept? Let me know in the comments.