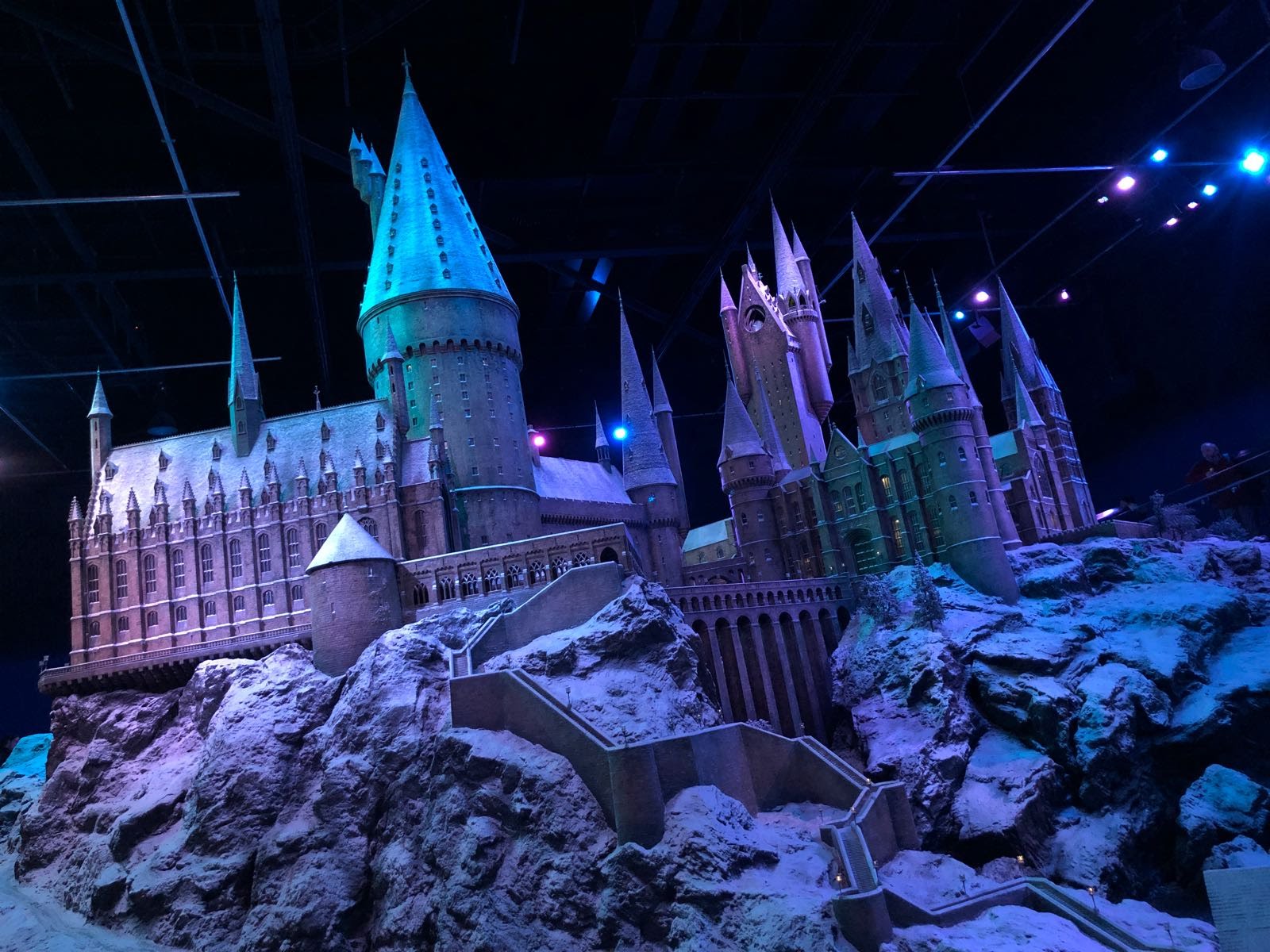 Warner Bros. Studio Tour London-The Making of Harry Potter… If you love the Harry Potter films I thoroughly recommend going if you haven’t already, and if you have, go again because they change things quite often, think about how many props, sets and costumes that were used over the eight films… they have several events on each year which will focus on certain aspects of the films. For example this year (2018) 30th March-23rd September they’re doing a Goblet of Fire special which will see the full Goblet of Fire put together in all its glory in the Great Hall for the first time since the scenes were shot for the film. Around halloween (28th September-11th November) they’re focusing on Death Eaters and the Dark Arts and on my two visits I’ve only seen a sample of what is apparently going to be on display. Then around Christmas (17th November-27th January) it turns into ‘Hogwarts in the Snow’ which is what I went to see this year; Christmas trees and flaming puddings in the Great Hall, Diagon Alley and Hogwarts covered in snow looking even more magical then ever as well as other christmassy things on your way round. How cool is that!?!

My first visit (February 13th 2017) was between events so was a general tour rather than having a specific focus and was just before they opened the dark forest section so it has changed a lot now, my second visit (January 26th 2018) was during Hogwarts in the Snow so even though it was a month later I felt very christmassy. I’m already planning my third visit, under the guise of taking my little brother to see it all as he’s started to really get into the films and started reading the books too over the last year.

There are a few options of how to get to the studios, you can either drive yourself as it has a car park available, get a transfer from central London included in certain packages bought elsewhere or you can get to Watford Junction and catch one of the Harry Potter shuttle buses to the studios- as I can’t drive this is how I’ve got there both times, a bus to London Victoria, tube to Euston, train to Watford Junction, shuttle bus to the studios- but which ever way you arrive at the studios you get welcomed by some of the chess pieces from the first film and huge pictures from the films along the front of the building, you get in the queue if you already have your tickets or go to one of the counters and collect them/print them off first, they you have you and your bags checked as if you’re at an airport, then head into the lobby which is covered in photos of the characters, a couple of props from the films including the Fantastic Beasts franchise, there is a cafe, a shop, a desk to get your digital guides and the entrance for the start of the tour.

Without giving too much away the tour takes you through the majority of the famous sets, gives you an insight into the cast, animals, sets, costumes, props, green screen and other camera trickery, concept art, the stages of set design, robotics and more. You can step onto the Hogwarts Express, walk around the Great Hall and Diagon Alley and some of the Forbidden Forest, get on the Knight Bus and walk along the Hogwarts bridge, sit in the flying car and on Hagrid’s bike, taste your first Butterbeer in the backlot cafe(nowadays you can either buy the famous drink or eat it in ice-cream form or be greedy like me and get both), buy your very own wand in the shop at the end of the tour -just be prepared to pay around £30 for the privilege- and you could get your house robes, quidditch jumper, scarf and LOTS of other geeky things which if money was no object I would buy so much but they are quite pricey in-store so I’d advise saving up before going, the clothes are usually around £70 a pop…

The two visits I have been on, although it is the same place, have been really different, yes the main stuff stays out because it’s what everyone wants to see but with the introduction of the Forbidden Forest the room which it starts in has been changed dramatically, a lot of the dark art things that were on display on my first visit had either gone or been moved into a corner by the time I visited again, they change the costumes on display and how the Great Hall is set up and there are staff members dotted around who if you want to start a conversation with them will talk to you about all sorts of Harry Potter related things, on the first tour I went on my boyfriend Rob and I spent ages just talking to the person standing by the costumes area and going through all the clothes she had on the rail, whose they were, what films they were from and went through the various make up things she had on the dresser too.

Both visits took me several hours, just before you start the main bit of the tour a staff member will say that the tour takes an average of 3 hours, some people will take an hour or two, some will take 7+ hours- I am definitely in the latter section. The first time Rob and I went round, we got to Diagon Alley, realised how long we’d had taken already and basically had to run through the final sections so we had time to have a quick look around the shop before getting on the final shuttle bus back to Watford Junction station. I think our tour start time was around 3pm, the venue didn’t close until around 10pm… (depending on the day there are slight differences in opening times but you can find all of the information out on their website). Therefore if you’re as nerdy as me and you like to find out as much as possible, take all of the photos and look into everything then I would recommend you leave yourself enough time to go round, the tours start at 9am but they do book up quite quickly so the more people you’re going with the sooner you need to look into booking tickets.

I took soooo many photos but as I think you guys should experience it for ourselves so I’ll only put a sample of them on here.

Have you been or planning to go to the studios? If yes, which event? What else did you get up to/have you planned? Let me know in the comments.