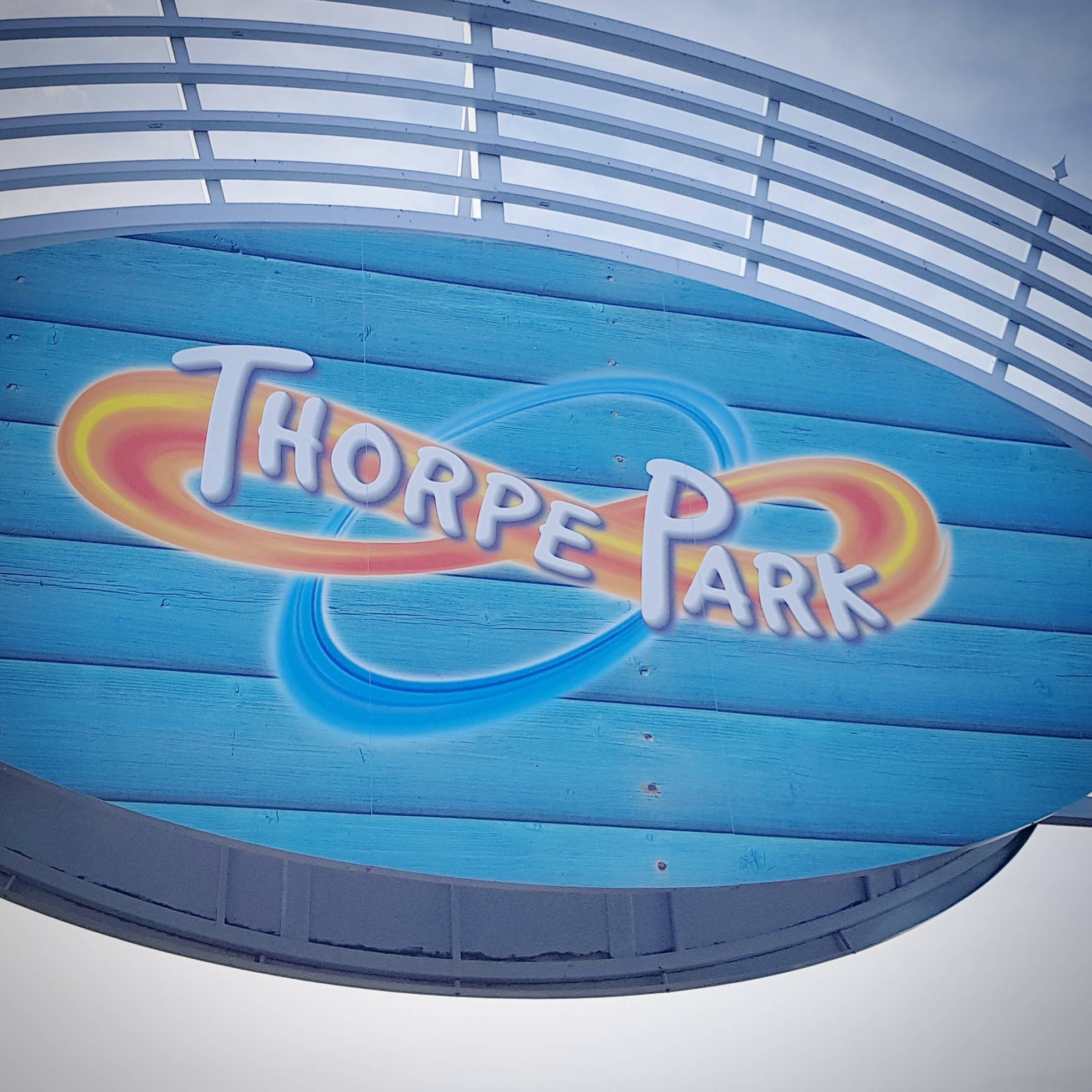 Where: Thorpe Park
What: Fright Night
When: October 13th-14th 2018
Our package: overnight stay including breakfast at Hilton Reading, entry to fright nights late night opening and 2 days entry for the price of 1.

I went to the Thorpe Park Fright Night as part of a group of 6, with plans for two days of rollercoasters and scaring the crap out of ourselves as well as each other. I’m not great with scary things but I love the rides and haven’t been to a theme park for YEARS so when I was told about this event it was a no brainer for me to join in.

When the weekend came around I had already looked into the kind of terrifying experiences I could expect to be dragged into so I was as prepared as I could be, still shaking in my boots and completely clueless as to how I would react, but ready to have a fab Halloween themed weekend.

We headed to Thorpe Park at around 11am and got there around 4pm (Fright night things don’t open until 3 anyway). We queued to get in, got our bags checked then it was time to start the day 🙂

As we went in over the bridge, there were people water skiing along the river but to the left there was/is a campsite scene with what I assume was a ‘burned body’ to get you into the Halloween spirit.

As we would be coming back the next day we decided to get a taster of the fright night today rather than going on all the rides just in case we ran out of time to go on them the second day. We started off with Stealth as we all really wanted to try that out and there wasn’t too long a queue (40mins on sign but ended up being 1.5 hours :/ ah well, it was worth it), we then headed to The Walking Dead: Living Nightmare but ended up going to Vulcan Peak instead as only had a 40 min queue, went for food at the all you can eat pizza and pasta buffet place then headed back towards the waking dead experience (another 2+ hour wait). Afterwards we decided we had queued for too long for the two ‘scary’ things and hadn’t been as scared as we had thought we would have been 🙁 so went onto Tidal Wave (no queue!) where we got absolutely drenched and then Saw: The Ride (1.5 hour queue) to finish off our day and in an attempt to slightly dry off as at this time it was nearly 10pm.

As well as on the rides/mazes/Halloween attractions there were live actors walking around the park too, sadly I was so in the moment I didn’t take as many photos as I could have looking back but there were vampires from Amity high (cheerleaders, American football players, students and Danny Zuko/Kenickie types in leather jackets), various zombie-fied clowns, circus members and ringleaders, zombies from mental institutions, zombie jesters, and zombies walking round with various weapons. There were some guests who were in full costume too and some were difficult to distinguish from the actors until you saw they weren’t in character which added to the atmosphere and I kind of wish we had dressed up too.

After several hours queuing and going on rides, then taking nearly two hours to get out of the car park we were really wanting to just collapse on our beds so the fact that our package included an over night stay was very welcome. However, there was a complication where Hilton could only find 1 of the 3 rooms booked on their system so even though we were 6 sodden guests, it was past midnight, we all looked absolutely shattered we then waited over an hour to get the other two rooms sorted and they nearly didn’t include the breakfasts we’d paid for either- not the best service from Hilton but once we finally got the rooms they were as expected.

Once I’d got into mine I went straight for a lovely hot shower, got into my pyjamas and snuggled into bed- bliss after a long day with hardly any sitting down so my feet had started to hate me a lot. They had put a few chocolates in the rom for us so I also helped myself to one of those ^_^

Saw: The Ride– Went on once in the dark and once in the rain, unexpected drops and turns, part indoor, part outdoor, absolutely loved it! Definitely recommend going on in the dark first though, was so much fun and a great introduction to the ride.

Stealth– Went on once at the start of our first day then managed to go on four times in a row at the start of our second day as the park was almost empty, it was chucking it down so not many people had braved the theme park, the rain at that much force felt like icicles but the ride was so much fun and we were hooked, only stopped at four as a queue had started to form.

Considering the fear of heights of one of our group he absolutely loved it!

Nemesis Inferno– Only managed to go on it once but was worth it, lots of twists, turns and going upside down. It’s basically the scarier, faster, big sister of the Alton Towers Nemesis rollercoaster.

Tidal Wave– Was not expecting it to go quite so high up so if you’re bad with heights this may not be the ride for you but it is the first time I’ve been on a water ride and got soaked and we all got absolutely drenched, the picture does NOT do it justice. It was brilliant.

Derren Brown Ghost Train– So part of the intro says not to tell others what happens on the ride but it’s a VR experience on a train with various characters and stages and a Derren Brown twist (make sure you take in all of your surroundings because a few of our group didn’t notice a couple of things).

Rush– (The only ride we went on that I forgot to take any pictures though, apologies) A giant swing, again if you don’t like heights this may not be great fun for you especially as at the highest level you are parallel to the ground and can see the people walking by. The stomach lurches are pretty intense too but the thrill is pretty good and not usually too big a queue.

Walking Dead: the ride, Samurai and Vortex weren’t on the list of rides we really wanted to try out so ended up running out of time once we’d done everything we wanted.

We only went through two of the frightmare attractions as the queues were so long so we chose Vulcan Peak and The Walking Dead: Living Nightmare then focused on the rides.

The others that we saw as we went around included the mazes:

The Walking Dead: Do or Die

But there were also:

Terror at Amity High– Vampires in an American high school

I haven’t been to a theme park in years and Thorpe Park definitely did not disappoint, even with the extended queues due to the increased crowds coming for the fright night, the bad weather and some of the rides being closed (a few were shut on and off throughout the weekend).

If you are a fan of theme parks you have probably been here before but if not GO! So many rides, lots of food options and carnival type stands as you go around as well, a great day out especially if you’re an adrenaline junkie but also a fair few rides for the younger/more fearful guests too.

I am now on a countdown until going to the Warner Bros studio for the Dark Arts experience, taking my younger brother but he has no idea- I love surprising people- then I’ll be in full Christmas mode ^_^

Have you been to Thorpe Park? What did you think? What other theme parks should I visit next year? I LOVE rollercoasters, the scarier the better! Let me know in the comments.